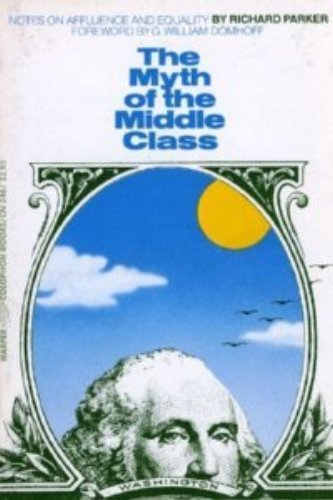 The Myth of the Middle Class, Richard Parker, 1972

Since America is not simply the Affluent Society, since malnutrition and poverty coexist with enormous wealth, and since the middle class is a term which may describe a family that is only one step ahead of poverty or family one step short of riches, the issue of economic equality remains as crucial as it was to Jefferson and Paine. Ultimately, the book does not show how we may achieve that equality, but it does show what stands in its way. The solution is absent only because it requires not new ideas, but new will, and that will must come from the majority itself. Returning equality to the vocabulary of Americans is only the first step; whatever further steps are taken, only the American people may decide.
amazon 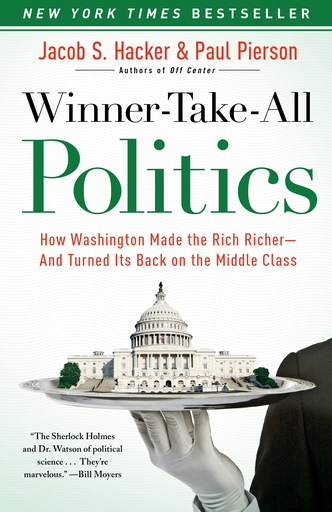 A quarter century before Franklin Delano Roosevelt described political equality as “meaningless in the face of economic inequality,” his distant cousin Teddy Roosevelt declared that “the supreme political task of our day… is to drive the special interests out of our public life.” They were not speaking metaphorically. Political equality is an abstraction, but the threat it faces from the concentration of economic and political power is not. For all the contradictions of the Progressive movement, reformers of a century ago shared the conviction held by the Founders that democracy was the rule of the many, not the all-powerful one or the fortunate few. It will have to be so again.
amazon

The Price of Inequality, Joseph Stiglitz, 2013

Critics of redistribution sometimes suggest that the cost of redistribution is too high. The disincentives, they claim, are two great, and the gains to the poor and those in the middle are more than offset by the losses to the top. It is often argued on the right that we could have more equality, but only at the steep price of slower growth and lower GDP. The reality (as I will show) is just the opposite: we have a system that has been working overtime to move money from the bottom and middle to the top, but the system is so inefficient that the gains to the top are far less than the losses to the middle and bottom. We are, in fact, paying a high price for our growing in outsize inequality: not only slower growth and lower GDP. But even more instability. And this is not to say anything about the other prices we are paying: weakened democracy, a diminished sense of fairness and justice, and even as I have suggested, a questioning of our sense of identity.
amazon 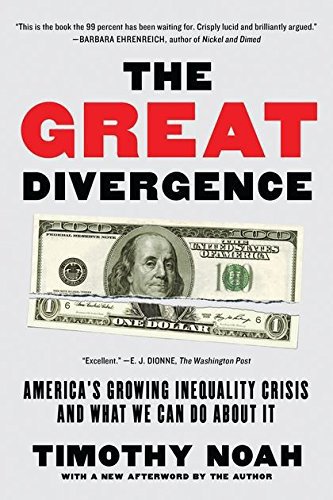 There are some who maintain that you can’t complain about income inequality. Unless you’re willing to state precisely what the proper distribution of income ought to be… And, historically, much mischief has been accomplished by answering this question with any precision. But asking what the ideal distribution in America would be is a distraction from the real question, which is how we can align a bit more successfully with our democratic ideals. You’d have to be blind not to see that we are headed in the wrong direction, and we have been heading that way for too long.

We can do better. We have done better before, and other leading industrialized democracies are doing better now. Let’s get started while the vast disparities in how people live and what they have still have the power to offend our sense of fair play. The worst thing we could do to the Great, Divergence is get used to it.