Trapped in the Middle:

The Effect of Income Inequality on the Middle Class in America 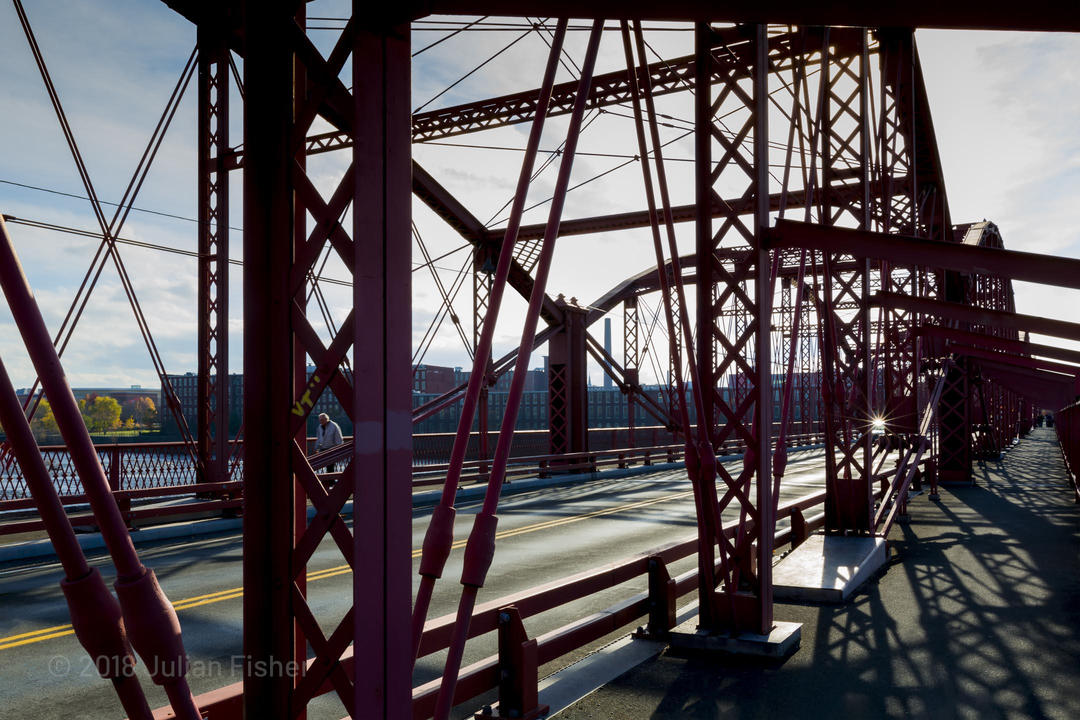 A river, a bridge, a generational change: former mill, now luxury condos, and a former mill worker walking away from housing he cannot afford.

Our country is based on the idea of the middle class as the foundation of a strong and stable American democracy. To achieve those goals today, though, we have to work harder and accept more trade-offs than a generation ago.

The world our parents promised us is not what we have nor what our children can necessarily expect for their future. That is a reality facing all of us in the middle class in America today.

Costs of being in the middle class have increased steadily over the past three decades, while incomes have remained essentially flat. The buying power of the middle class dollar has been eroded. We now work multiple jobs and longer hours, we juggle the demands of housing, transportation, education and healthcare, modifying both life and lifestyle to adapt to these new conditions and stresses.

Inequality is not simply a matter of extremes - the very rich and the very poor - but rather of the 85% of Americans who are in the broadly defined middle class (lower, middle and upper). They need to tread water ever faster, compensate ever more, to retain their places in society....until, at some point, they can no longer keep their heads above water.

The negative economic impact of this growing inequality is undisputed. As a Nobel Prize-winning economist has written, the middle class is the bedrock of American democracy. Without a strong middle class, we may have a very different America in a generation or two.

There is a long tradition in this country of photographers putting a face to a problem, in an effort to improve the situation through discussion, action, and legislation. This has occurred during every stage of American history, since the birth of photography, from the time of the Civil War to the Gilded Age, the Depression, civil rights marches and Vietnam War protests. Among the most eloquent of these photographer-practitioners was Walker Evans with his studies of sharecroppers in the American South in Let Us Now Praise Famous Men.

What I found most challenging in photographing the middle class – us - is that typical photographs in our living rooms or workplaces do not tell the real story of the difficulties we all increasingly face. The challenge for me was to figure out a scene or setting that represents what we are dealing with, the adaptations we make, to keep things on an even keel. These are not face-to-the-camera pictures but rather metaphorical photographs, each with a message. Pictures can be more powerful than words in describing how American society is changing, and my hope is that the pictures will promote more public discussion about these issues.